Again, here the protagonist areas in the country that have the best places to see wildlife are   Pantanal and Amazon. Below we will provide information of the types of butterflies that can   be found in each region.

Butterflies are part of a magnificent group of insects called Lepidoptera, and are important   pollinators of flowers. Almost all butterflies are active during the warmer hours of the day –   usually between 10 am and 4 pm – and most of them are inactive at night, when they hide   beneath leaves, as they also do when it rains heavily, for protection. 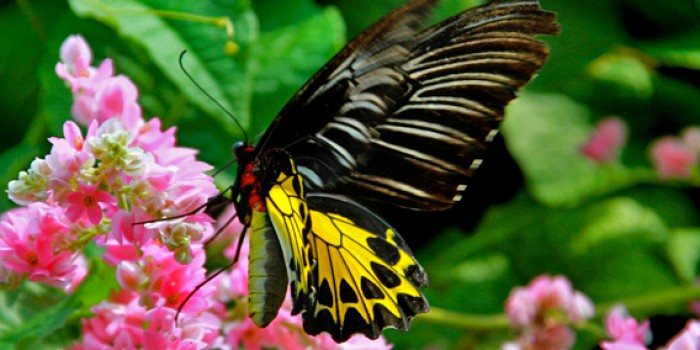 Adult butterflies need nectar and organic material in order to be able to mate. That is why it is  very common to see them on beaches, rocks, plants and in the lower levels of the forest. Their   stunning beauty made watching butterflies a popular leisure activity throughout the world.

In the Amazon you will be able to see butterflies like Taygetis angulosa which look exactly like dead leaves. Others like Haetera piera, Cithaerias pireta and Ithomia agnosia are almost entirely transparent. Enormous Caligo Owl butterflies will be seen flying from one tree trunk to another. Their wings have a feathery appearance and are marked with false 'owl eyes', enough to scare away any predatory bird and give the butterfly a chance to escape.

Every butterfly species in the Amazon has its own personality. The zebra-striped Colobura dirce sits motionless on tree trunks as it feeds at sap runs, but if disturbed, instead of taking flight it scuttles around to hide on the opposite side of the tree. The striped hairstreak Arawacus separata sits facing sideways on a leaf, but as soon as you get within a meter, it rotates to show you its posterior!   Butterflies use many strategies to hide themselves from predators, some use camouflage or disguise, others such as the Eurybia Riodinids, and the Nascus skippers, hide under leaves, darting out periodically to investigate intruders before disappearing again beneath another nearby leaf.  The common Blue Morpho (Morpho peleides) has a large wingspan of about 4 inches and is in the butterfly family Nymphalidae. Characteristic of this family are the non-functional legs at the front, which do help with sensing the environment.

This is why they’re known as ‘brush-footed butterflies.’ The Blue Morpho caterpillars defend themselves using a defensive smell. Glass Winged Butterflies are great species to see in the Amazon. They have a completely see-through pair of wings giving them their common name. The Greta oto buttefly species has red and purple caterpillars that eat noxious plants. The toxins from the plant are then stored in the butterflies. This makes these butterflies and their caterpillars distasteful to predators. Like the Blue Morpho, these butterflies are also included in the brush footed family, the Nymphalidae. Another glass winged butterfly, but of another species (Haetera piera). Almost nothing is known about the caterpillar stages of this butterfly and little is known for the whole butterfly tribe this species belongs to, the Haeterini.

The butterflies fly close to the ground and is widespread across South American lowland forests. They have a subtle coloration over their transparent wings and two eye spots on each wing. Sulfur butterflies, known as pierids as they’re in the Pieridae family, are often seem around puddles of water and include around 70 different species throughout the Neo Tropics. These are among the favorite butterflies to be photographed by tourists. 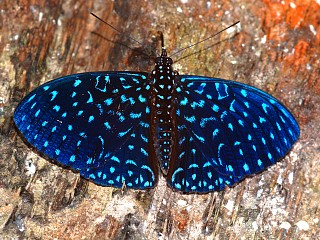 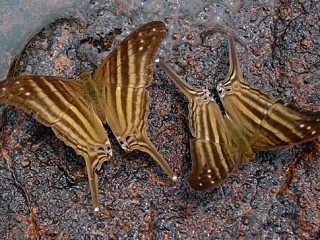 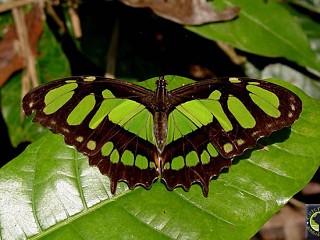 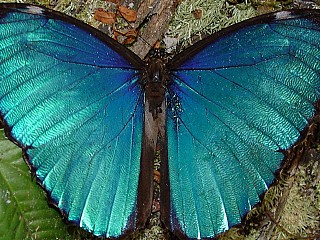